The Stewartsboro Crossing mall was recently sold for a good amount less then originally purchased for in 2006.

Servidyne, once known as Abrams, sold the the Food Lion-anchored shopping center for nearly a fifth less than it paid for it in 2006. After paying $5.2 million for the tract in 2006, Servidyne sold it to Smyrna Holding for $4.3 million in December — an 18 percent loss over four years.

I'm a bit surprised for a few reasons. The intersection I feel is going to have growth in the future and that should have driven up the price. While nothing like the Sam Ridley pkwy growth, the area is growing. In the recent past we have seen the new Walgreens get built and the old Walmart building become a call center with a few hundred employees. The open fields just scream for development. I know the economy can best be described as corpse like, but a $900,000 drop seemed counter to how I see the area.
Posted by Gunner at Monday, January 31, 2011 2 comments:

Bad boys, bad boys, what ch' going to do?

The police are asking if you might know this person, or have seen him.

We are hoping you can help us locate a suspect.

Our suspect is described as a black male, medium build with a beard and tattoo on his right forearm. The suspect left in a maroon vehicle with a spoiler on the back, possibly a Nissan and possibly a Maxima.

We appreciate any assistance you may provide.

The parks and recreation department is seeking sponsors for local events. These have a big draw and you can meet the people face to face.

Smyrna Parks & Recreation holds various events throughout the year, including Movies in the Park, Music in the Park, 5K Run, Independence Day Celebration, Baseball Camp, Halloween in the Park and other fun and exciting events. Local businesses that would like to be part of an event through sponsorship and a way to PR your business, may contact Monty Perkins, Smyrna Parks & Recreation Event Coordinator, 615-459-9742 X2612; monty.perkins@townofsmyrna.org ., or Jeff Marler at 615-459-9742 X2622; jeff.marler@townofsmyrna.org.

The nominees for the Absolutely Gospel Music Awards have been announced. 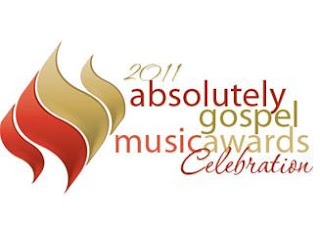 The date for this year’s Absolutely Gospel Music Awards Celebration is Tuesday, April 12, 2011. The event will again take place at the River of Life Church in Smyrna, Tennessee and is free to the public. Like last year, the event is still tentatively on schedule to be streamed live as well.

This is one of the larger religious draws to our community and open to all.
Posted by Gunner at Wednesday, January 26, 2011 No comments:

The HobNob Smyrna site has really kicked into high gear this last month and made a big splash on the SmyrnaTn Facebook page. I'm not sure is running the site, but two of there articles ask for the best place to eat and who has the best burger.

Drop by and give them a read. Original content is a sign of a good sight.
Posted by Gunner at Tuesday, January 25, 2011 No comments:

Taylor Loyal said in the Smyrna AM this about the recent robberies.

Ascend Federal Credit Union was robbed last Wednesday morning, making it the third time the bank was robbed in the last three weeks and the fifth bank robbery in Smyrna in four months.
It’s the longest string of robberies in Smyrna in recent history.
According to police records, there were no bank robberies in Smyrna from Jan. 1, 2009, to Sept. 23, 2010. Then a rash of robberies began the morning of Sept. 24 that is bizarre for a town the size of Smyrna.

We hope you can put this image out to your viewers/readers and help us locate this suspect.

Today, January 25, 2010, around 9:25 am, the Bank of America located at 589 South Lowry Street in Smyrna was robbed. The suspect gave the bank teller a note demanding money and it stated the suspect was armed and was in control of an explosive device. The teller complied with the suspect and the suspect left the bank without further incident. 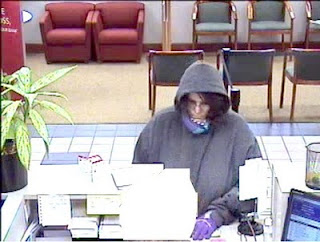 The suspect did not display a weapon and no evidence of an explosive could be found.

Our suspect is described as a white female, mid 30's - early 40's, approximately 5' 7" tall and weighing approximately 180 - 220 pounds. The female suspect may have left the area in a black Chevrolet Trailblazer.

I will admit a little pride that Smyrna is ahead of the gender equality curve. In America only 6-10 percent of bank robbers are women, but in Smyrna we are running an impressive 17 percent. TAKE THAT AMERICA! There is always a silver lining in even the worst of times if you look hard enough.
Posted by Gunner at Tuesday, January 25, 2011 No comments:

This blog is NOT dead, but is troubled by having the main blogger, me, being occupied with other issues in life. I'm up for any guest columns and more then happy to allow other people to post here on Smyrna related subjects. Drop me an email at the link on the blog. 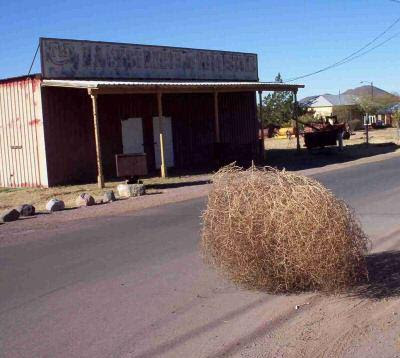 DAMN! The Acsend credit Union has been robbed for the third time in three weeks. What the heck is going on here people?

Today, January 5, 2011, around 10:03 am, the Ascend Federal Credit Union on Nissan Boulevard in Smyrna was robbed. The suspect entered the bank, approached the teller and implied that he had a gun. He then said "give me the money, hurry up." The teller gave the suspect an undisclosed amount of money and the suspect left the bank. The suspect ran from the bank and entered a vehicle waiting nearby. The vehicle was driven by an accomplice and left in an unknown direction. We have some images attached to this email and we hope one of your viewers/readers may recognize the suspect and provide us with some information that may lead to an arrest. Anyone with information regarding this robbery or the two previous robberies at this Ascend location, is requested to contact Detective Allan Nabours at (615) 887-3319 or (615) 459-9742, ext.5434. 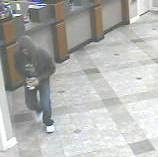 Any information you can get out to the public is greatly appreciated.

This wave of robberies is looking bad and really needs to stop.
Posted by Gunner at Wednesday, January 05, 2011 No comments:

I was sad when the Sam Davis home dropped the BBQ festival, but now it seems that this is a month with no tours.

In an effort to save money, the Sam Davis Home will close for tours during the month of January.

Executive Director Anita Teague said the board of directors reviewed four proposals on how to cut costs. It took three months to come to a decision, she said.

“We really had to look our budget. We’re already very, very, very tight and have never had a lot of fluff,” Teague said, adding that she and Meredith Lane, the site’s events coordinator, are the only two full-time employees. “We just had to figure out a way to not go in the red.”

I wish I knew of way to increase donations to them, but nothing comes to mind.
Posted by Gunner at Wednesday, January 05, 2011 No comments:

I wanted to share a post that I already wrote on the LaVergne site here with Smyrna, too. Coming in mid-February is a free two-day health clinic for people with no health, vision, or dental insurance. It will be held February 19th and 20th at McGavock High School.

People needing medical assistance are encouraged to get in line by 3:00 a.m. on both days to ensure they will be able to see a professional.