In honor of Women's history month the Sam Davis home has a special tour set up for those interested.

In honor of Women’s History Month, the Sam Davis Home will offer a special month-long tour in March titled Lessons for Ladies.  This tour will feature the domestic arts, etiquette, and education of women during the 19th century. Also highlighted on the tour will be the individual stories of prominent women who lived during this time as well as those who were important to young Sam Davis’ life. Many women did not have the opportunity to tell their story during the 19th century in the United States. Now, their stories, everyday activities, and special occasion celebrations can be heard at the Sam Davis Home.  Reservations made at least 24 hours in advance will include a set tea time.  Please contact the Sam Davis Home at (615) 459-2341 or visit www.samdavishome.org for more information.

Posted by Gunner at Thursday, February 28, 2013 No comments:

Watermelons on the road

Right on the east side edge of Smyrna is where the 'Old Jefferson' and 'Jefferson Springs were. I've written about them in the past, but thought this story might tickle you. Sam Ridley Blvd is named after one of the Ridley twins, and Knox told of a trip out to the Springs.

Knox shared a “personal story” of one particularly memorable journey from hometown Smyrna out to Jefferson Springs.

“We had Daddy’s Model T Ford, but due to me and my twin Sam being so short, I had to lay on the floor to work the pedals as Sam drove the car,” Knox recalled.

“One trip, as we were cruising out along Jefferson Pike on the edge of Smyrna, we came up behind a slow moving flat-bed truck loaded with watermelons,” Knox noted. “Sam told me to get up out of the floor of the car, and go out over the car’s hood as he edged up closer to the truck.”

“Well, I generally did what Sam suggested, so I crawled out over the car hood, got up in the truck and ‘borrowed’ a watermelon, which we thoroughly enjoyed later that hot summer day we spent out at Jefferson Springs,” Knox concluded.

Both settlements, Old Jefferson and Jefferson Springs, have faded in Stones River’s  mist of passing time…

The article has more details of the community if you're interested.

Posted by Gunner at Wednesday, February 27, 2013 No comments:

Admit it. A lot of people worry about the part of the restaurant they do not get to see. 'How clean is it', 'what are they doing to my food', and 'should I worry' are just some of the questions that goes through your mind. Maybe you worry about the condition of the school cafeteria that feeds your children on a daily basis. You should.

Well fear not. The Tennessee Health Authorities places online the scores of their inspections AND what they found at each inspection for all sites and for all to see.

One example is the new Carpe Cafe on Front Street. Just opened their main page and it looks like this.

Facility Inspection History:
Click on an inspection link below to see additional details


Looks good. Perfect score. In fact if you click on the word "other inspection" you pull up the inspection report.

Violations:
No violations were found during the inspection

Looks like a clean place to have a good meal. So if you're worried about the condition of your best eatery, take a moment and check out their history. It is as easy as clicking a few buttons and it will either put your mind at ease, or scare the heck out of you.

Posted by Gunner at Saturday, February 23, 2013 No comments:

Chase Williams is hosting another event tomorrow in preparations for next years election. 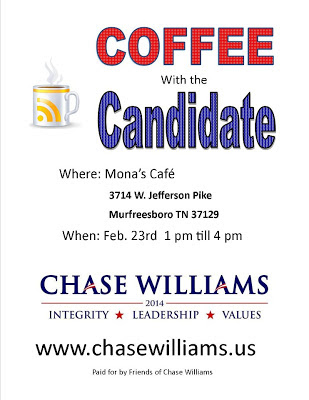 Hiring event in one week


While this is in Murfreesboro, the need for a job makes it worth posting for you. Good luck.

The Smyrna Public Library is hosting a One Direction Fan party this Saturday and all ages are invited.

CALLING ALL SUPERFANS!
SMYRNA PUBLIC LIBRARY WILL BE HOSTING A ONE DIRECTION FAN PARTY!

THIS IS AN ALL AGES EVENT.


Drop by and meet others that enjoy their music as much as you or someone you love.
Posted by Gunner at Thursday, February 21, 2013 No comments:

The Smyrna Library has on hand people to help you with your taxes.

Please arrive early, as registration is done the day of the assistance.

Posted by Gunner at Thursday, February 21, 2013 No comments:

Just today on Craigslist the following jobs were listed as being open in Smyrna. A quick look seems to show that these are legitimate jobs and ones not dependent on sales. If you wish just go to JOBS on the Nashville Craigslist webpage and look for Smyrna..or LaVergne or Murfreesboro for local jobs.

The Sam Davis Home will host its first Family Day of 2013 on Sunday, February 24, from 1:00 PM to 4:00 PM.  This is a FREE event for members of the community to come out and experience the historic site, museum, grounds, and education programs. The February Family Day celebrates Black History month with events that include: tours of the historic house every hour with the last tour leaving at 3:00PM, educational presentations about African Americans who lived on the Davis Plantation and African American heritage, and a very special appearance by Harriet Tubman.  A representative from the Smyrna Library will be on site to help families research their genealogy.

Posted by Gunner at Wednesday, February 20, 2013 No comments:

The Mobile Health Unit Collaborative is a reflection of MTMC's Mission which calls us to "improve the health of individuals and communities" and to have "special attention to the poor and the vulnerable." This Collaborative effort helps achieve access to health care, helping overcome barriers and obstacles. MTMC, as a faith-based institution, is motivated by the principles of Human Dignity and the Common Good. These same principles are shared by our collaborative partners: The Guidance Center, Primary Care & Hope Clinic, Saint Thomas Corporate and Community Medicine, and Saint Thomas Emergency Services and Event Medicine. The Mobile Health Unit is in service four days per week. We are available to serve during these hours of operation, and we are happy to answer questions at any time.

The Smyrna Library has on hand people to help you with your taxes.

Please arrive early, as registration is done the day of the assistance.

Posted by Gunner at Thursday, February 14, 2013 No comments:

When will they start working?

Ever wonder about that road project? You hear of something planned and then nothing seems to be happening. The town government of Smyrna puts online on the Streets department page an update of road projects. These are as small as new lights and as large as a new I-24 interchange. Here is the latest update for those that might be interested.

INTERCHANGE AT I-24 / ROCKY FORK ROAD –
Awaiting funding and approval from FHWA. Anticipated start in 24-48 months (with approval).

WEAKLEY LANE IMPROVEMENTS AT SWAN DRIVE –
FHWA / TDOT funding is allocated and contract is approved. Design in 2013, construction funded for 2014.

LANE EXPANSION ON STONECREST BLVD. AT SAM RIDLEY PKWY. –
Project includes the addition of turn lanes on Stonecrest Blvd. Project is approved and funding allocated from FHWA and TDOT. Design in 2013, construction funded for 2014. Anticipated start in 11-14 months.

INTELLIGENT TRAFFIC SYSTEM & TRAFFIC TIMING –
Project is approved by TDOT / FHWA and funding has been allocated. Design 2013-2014, construction funded for 2015.

PAVING –
Schedule of spring paving will be posted in March. Sunset at Fate Sanders, a photo by susanc59 on Flickr.

My compliments to susanc59 for such nice images Sunset at Fate Sanders, a photo by susanc59 on Flickr.
Posted by Gunner at Sunday, February 10, 2013 No comments:

It looks like Smyrna will be hosting Rival Cage Fights 3 at Hooptown USA and the fights are live.


12 and under free! Sounds like an unusual fun event for the kiddies.
Posted by Gunner at Wednesday, February 06, 2013 2 comments:

The local Veterans affair has 12 openings here in Smyrna you might find interesting. It looks like they are at the center built in the re-purposed Walmart.

This position is only open until the 11th of this month, so apply quickly.

Only 638 Days to make your choice

The initial moves for the election next year are already starting. Wow! 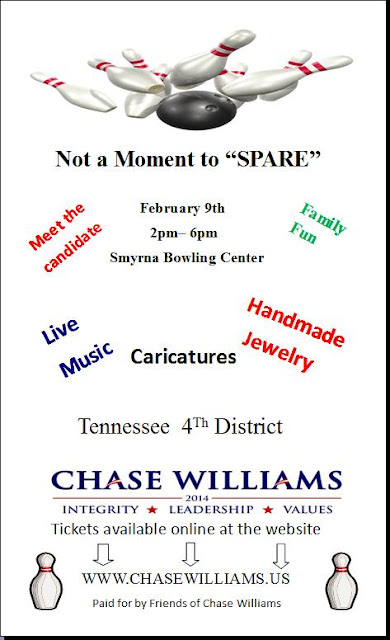 StoneCrest Medical Center is offering a wide range of services for Heart Month for those interested at a great low price...surprising low. 12 days to schedule your appointment, so CALL NOW! It literally could save your life.

Event Description: TriStar StoneCrest Medical Center is offering AngioScreen, a non-invasive vascular screening designed to provide information about circulation and risk of heart disease and stroke. AngioScreen takes about 15 minutes, is completely painless and involves no radiation. The basic screening is only $50 and includes carotid artery ultrasound, blood pressure, ankle brachial index (both legs), body mass index, peak systolic velocity, heart rate and heart rhythm EKG. Immediately following the AngioScreen, individuals will receive a consultation in addition to a color ultrasound picture printout and digital record showing a picture of their carotid arteries. Appointments are required and space is limited. Call TriStar MedLine at 615-342-1919 to schedule an appointment.