The Smyrna Lions Club and the Smyrna Senior Citizens are hosting a Bean Dinner this Friday, November 2nd from 11:00 a.m. until 1:00 p.m. at Lifepoint Church (formerly First Baptist Church) at 506 Legacy Drive in Smyrna. Tickets may be purchased at the door and are $6.00 each. That will get you homemade White Beans with Country Ham, Cole Slaw, Cornbread, Assorted Desserts and Tea or Coffee. Carry-outs are available. Please support these two groups and come out for a delicious lunch. For more info, please call Ed Garner at 615-415-2595.
Posted by Gunner at Wednesday, October 31, 2012 No comments:

A reader has had their dog run off and could use your help to find this fine looking animal.


Her name is Abby and she ran off from home on Monday. I live near the Stewarts Creek schools, near seminary, rocky fork and Almaville road. I really don't know how far she might have gone, it's been over 24 hours since she was last seen.

Abby is a 15 month old chocolate lab, about 60 pounds. She is a little skittish around people but is not mean at all, and will probably run away from anyone getting too close. 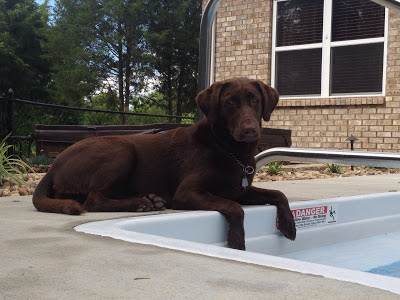 Here she is on the left side. 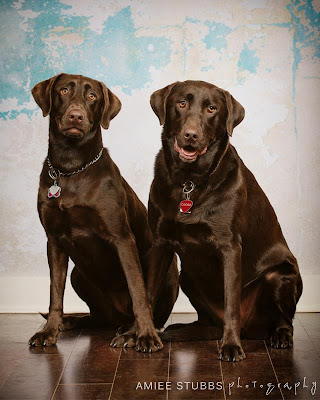 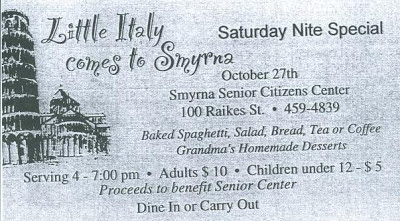 Reminder for the 27th - Halloween in the Park 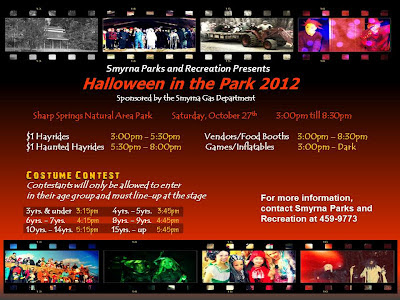 I received this email from the director of the local Le Petite Academy here in Smyrna. The La Petite Academy is a large supporter of the Make-A-Wish foundation, and there corporation and individual locations have raised over 7 million dollars to help this great cause. If you have time please drop by, and remember that 100% of the proceeds go to Make-A-Wish.

we are having our annual fall festival to support the Make-A-Wish foundation at La Petite Academy, 1212 Hazelwood Dr.Smyrna this Friday night, October 19th from 6:30 - 8:00 pm. Entry to the fall festival is completely donation based (meaning families can donate any amount they wish to gain entry to the fall festival). We will have games, prizes, and of course a LOT of fun! We also will be serving chili at the fall festival for $3 for an adult and $2 for a child. We are asking for prepackaged baked goods to be donated to our cake walk, those donations can be made at La Petite Academy any time on Friday. 100% of the proceeds will go directly to the middle TN chapter of the Make-A-Wish Foundation. Thank you for your time and attention!

From the Parks and Recreation Department of the Town of Smyrna.

Join us this Thursday, October 18th, for CUSTOMER APPRECIATION DAY at Town Centre Fitness Center. We appreciate your patience during our locker room renovations and want to Thank You with fun, food, and door prizes throughout the day. See attachment for more details. 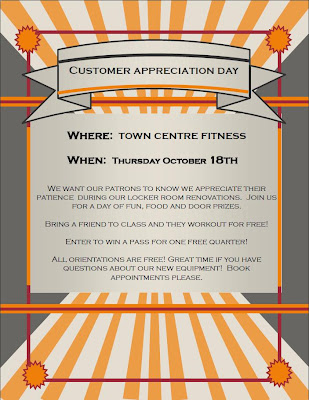 A bit of the old ultra-violence

Outside of the grocery store, church, and the occasional trip to a restaurant, most people do not take the time to find the fullness of Smyrna. There is so much more to our humble community then being a bedroom town and a historical site.

A good example is violence....yes I said that correctly. Smyrna is the site of a small gathering of fighters and if you make plans, you can go and see people kick the crap out of each other....legally. On the south side of town heading towards Murfreesboro is Hoopstown. Known for the site of amateur basketball and good health, it also was recently the site of a Mixed Martial Arts fight night, and another is planned for early next year. Last year the Murfreesboro Post did an article on the MMA fights that were planned. I missed those fights and this years fights.

Tirado likes to call himself a “hybrid” fighter, in which he could end the fight in many different ways including knocking them out by striking with the feet, knees, elbows or punches or using the ground game to put a submission move and making his opponent tap out.

He will join several of his teammates from Nemesis Gym as part of the MMA fight card that will take place Saturday night at Hooptown USA in Smyrna.


This years fight happened in September, and here are two videos from that night. I would warn you that the videos shows violent acts, but the subject matter should already imply that fact already.

The fights are put on by Rival Cage Fights and they already have another date scheduled for next year in February. I know that I will try to make it out there. Smyrna has a lot to offer people and this is just one facet of a rich community.
Posted by Gunner at Wednesday, October 17, 2012 No comments:

This morning the Smyrna Police Department released the following statement.


On October 13th, 2012 at approximately 6:41am the Smyrna Police Department received a call from a neighbor of 1224 Bolton Drive that an eight year old child had come to their home carrying a handgun and informing the residents that his parents were dead. The neighbor secured the weapon and officers on the scene took possession of the weapon when they arrived. Investigation has revealed the parents are Sharon Forbes, DOB 05-04-1978, and Adytia Ramotar, DOB 01-17-1975. (Adytia is pronounced Ah-did-tee-ah.) Detectives have concluded that Mr. Ramotar murdered Ms. Forbes and then turned the weapon on himself. Mr. Ramotar and Ms. Forbes had been married at one point in their lives, had divorced, and then were attempting to reconcile. Two children in the home were of the ages of 8 and 6 and were the biological children of Ms. Forbes and Mr. Ramotar. Another child in the home was a 2 year old nephew that was living in the home with his mother which is the sister of Ms. Forbes. The mother of the 2 year old was not home at the time of this incident. Mr. Ramotar and Ms. Forbes were natives of the country Guyana but were legal residents of this country. The Smyrna Police Department has never had any prior contact with either Ms. Forbes or Mr. Ramotar. The children are in the custody of the Department of Children’s Services and are being prepared to be handed over to family. Our investigation so far reveals the children did not witness the violent act in the home.

As we were on the scene this morning numerous neighbors came forward showing support and concern for the family and the children. If any additional details come forward I will notify you as soon as I have them. Thank you.


Right now our thoughts and well wishes should be with the care of the little ones.
Posted by Gunner at Saturday, October 13, 2012 No comments:

This is from the Digital Director of the DNJ


Hey, Just wanted to let you know that we’re trying something new tonight on dnj.com. Underneath the livestream of the vice presidential debate, we’ll be live chatting. You can jump in and join the conversation. We’ll start at about 7:45. If you’ve got time tonight and you’re watching the debate anyway, please join in. It’s really easy and it will mean I’m not talking to an empty room.


Drop by and join the conversation.
Posted by Gunner at Thursday, October 11, 2012 No comments:

Beginning of Fall on Stewart Creek 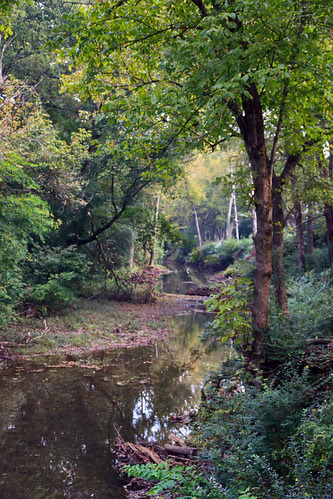 Beginning of Fall on Stewart Creek, a photo by susanc59 on Flickr.
Posted by Gunner at Wednesday, October 10, 2012 No comments: 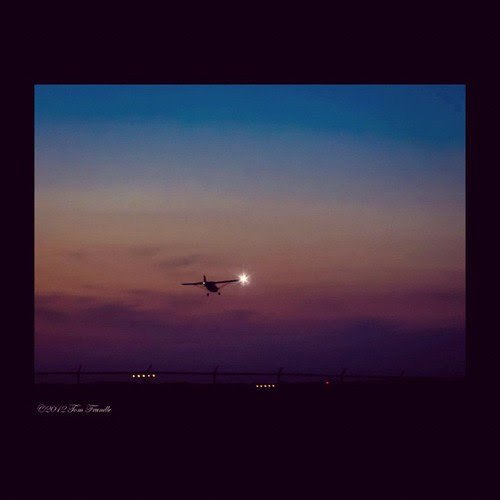 Landing Before Last Light, a photo by Tom C. Frundle on Flickr.

Taken here in Smyrna according to one of its tags

Posted by Gunner at Wednesday, October 10, 2012 No comments:

Halloween in the Park...start making your costumes.

The Smyrna Fire Department is hosting an Open House Sunday, October 14th, at Station #1, 401 West Enon Springs Road, from 1p.m. until 5 p.m. Join us for educational, family-oriented activities. Residents can learn more about the power of prevention and available technologies to protect their own families from fire.

Free is good, and can keep you safe

It is about to be Fire Prevention Week and a local business wishes to help you be safer...on their dime.


In collaboration with fire prevention week we are having the Enon Springs dept send a truck over to the Batteries Plus location on Sam Ridley where we will be giving out free 9 volt batteries to everyone who comes by. It is also going to be a celebration for our one year anniversary as a store and we are going to be doing free laptop battery analysis and possibly a free CFL light bulb give away to coincide with the battery give away. We plan on having snacks and beverages available

The date is October 6th from 1-4pm

I plan on taking them up on the laptop battery annalysis as I have an issue with one right now. Free services like this is a great way for businesses to draw in new customers, while performing a service for the community. I'm wishing them well this coming Saturday.

Take a moment and push the little button on your fire/smoke alarm, and if it does not wail at you, you have problems. A free battery can save a life...yours!
Posted by Gunner at Wednesday, October 03, 2012 No comments: