The music of Smyrna

1925 was the last year Smyrna had a street fair before the Great Depression stopped this lovely tradition. In the last many years Smyrna has enjoyed Depot Days, but this puts Depot Days to shame.

Smyrna businesses had on their own organized the Smyrna Fair Association. The first of their fairs was held on August 20 1914 and was a smashing success. These fairs were organized yearly and was a great draw to the town of Smyrna. The fairs were run before Smyrna had its first fire engine in 1916 or its first paved road in 1929. The last of these fairs happened in 1925 as the great depression placed a pale over the whole nation.

Now these were not small happenings. For example the 1924 fair had individual people in charge of different departments of the fair. Section included...

They had horse shows, concerts, car shows, best lady rider and best old soldier contests...plus fun giveaways such as 2 gallons of icecream for the largest family attending , free hair cut for the man with the longest hair and $10 for the best ash log. I will admit the ash log one confuses me. This and much more information can be found in the book "Smyrna, the Church, the town" by Hover.

In his book they had a street picture of the 1925 fair, the last held. Under it there were comments by three people and one caught my interest.

George Hughey; Charley Bradford's eating place entertained guests all day with music, "I wish I was a single again" on a scratchy Victrola

I read this and decided I wanted to listen to the music of Smyrna in 1925.

In that same year, 1925, Edison Labs released on a cylinder the song "I wish I was a single girl again" by Vernon Dalhart to some success in sales. The song has been released by many people and like most songs of the period there were many varieties as this page will show. As close as I can tell this is the very song played at Bradford's eating place in Smyrna in 1925....this youtube video is played on an Edison Amberola 50 cylinder phonograph. While not a victrola, the sound should be the same.

I hope you enjoyed this small slice of Smyrna history.
Posted by Gunner at Friday, May 27, 2011 No comments: 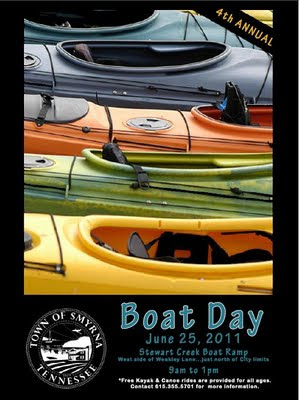 Sam Davis home has a wide veriety of summer camps to keep your little brats kids busy. Registration deadlines are getting close on some so take the time to check them out and see if some are interesting to you or your children.

Young ladies will be instructed in the fine arts of 19th Century womanhood such as dress, etiquette, sewing, dance, and much more. The young ladies are encouraged to dress in period dress as they live the mornings as girls might have 150 years ago.

The boys spend an active week complete with drills, camps, crafts, and games as they learn about the life of Civil War soldiers. History presenters bring the past alive for the boys. Period dress is optional.

"Students" role play as a member of families from long ago as they enjoy authentic lessons from 19th Century schools, make crafts, play games, sing, and enjoy the historic house and grounds. This is a very popular camp and will fill rapidly. Period costumes are optional.

The Smyrna Public Library is having an adult event for the really really bad.

Join our day-long celebration of the life and works of Hitchhiker's Guide to the Galaxy author Douglas Adams.

The day's main event will be the Vogon (Bad) Poetry Contest, in which anyone is welcome to enter a horrible poem. Can't make the contest? Leave us your poem, name, and phone number--and if you'd like, we'll insult your poem over the phone.

Here is a little example of bad vogon poetry.
Posted by Gunner at Tuesday, May 24, 2011 No comments: 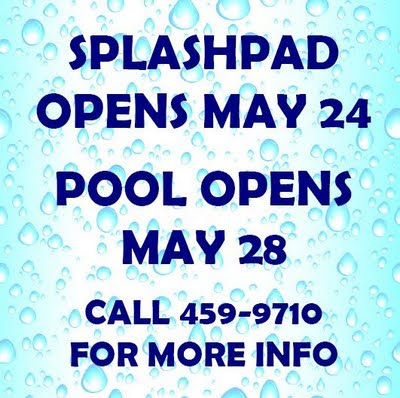 The Smyrna Splashpad at Gregory Mills park opens today for the summer...I hope the cicadas like a shower. I'm not sure of the hours.
Posted by Gunner at Tuesday, May 24, 2011 No comments:

Return of the angry chicken

You have got to be plucking crazy to think backyard chickens are bad...or council members.

The angry chicken is not happy...be warned.
Posted by Gunner at Monday, May 23, 2011 No comments: 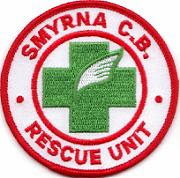 The rescue squad is having a Ham Breakfast this Saturday and your you're invited...for a nominal fee.

ALL YOU CAN EAT

There is no way you can feed a kid for $3 so 'all you can eat' and helping the squad is a very good thing.
Posted by Gunner at Friday, May 20, 2011 No comments:

Local videoblogger has a message

The Smyrna Cowboy is a local video blogger. He has put together a video for May's Motorcycle safety month and asked me to post it.

My cousins partner is a scooter owner and thanks to a reckless driver with no license or insurance is now without her scooter. Take care because it is beginning to be the nice days of summer that fills the roads with cycles of every size, color, and shape...and broken is not a good shape for them to end the day as.
Posted by Gunner at Tuesday, May 17, 2011 2 comments:

Keep America Beautiful is a nation wide effort to keep our communities as lovely as we would want them to be.

Keep America Beautiful's Great American Cleanup, the nation's largest community improvement program, takes place annually from March 1 through May 31, involving an estimated 3 million volunteers and attendees. The hardworking volunteers donated more than 5.7 million hours in 2010 to clean, beautify and improve more than 33,000 communities during more than 30,000 events in all 50 states and beyond. Activities included beautifying parks and recreation areas, cleaning seashores and waterways, handling recycling collections, picking up litter, planting trees and flowers, and conducting educational programs and litter-free events.

As part of the local effort the town of Smyrna is holding their 6th annual stream clean up. For anyone who enjoys fishing, boating, or just sitting and watching the stream flow past, this gives you the chance to keep the area the way you would want it to be.

AS PART OF THE NATIONWIDE
GREAT AMERICAN CLEANUP EVENT

If you like to join in please give Greg a call and make plans for the days listed.

This post will repost the Friday before each scheduled date.
Posted by Gunner at Friday, May 13, 2011 No comments: